Floods impacts in the world

Aqueduct Global Flood Analyzer is a tool to analyze the floods impacts in the world. Although one of its main promoters is the WRI, its creation has also involved the collaboration of four Dutch organizations: Deltares, University of Amsterdam, Utrecht University and Netherlands Environmental Assessment Agency. As says Hessel Winsemius, a flood risk expert at Deltares, through this web application the “complex data becomes available to a non-specialist audience, far beyond the research arena. The Analyzer transforms data into actionable information, informing users which developments in their region are causing risk to increase and the advantages flood protection may deliver“. This is a tool especially designed to analyze the floods impacts by organizations related to development, the reduction of risks, insurance companies and multinational companies.

This tool has several options: 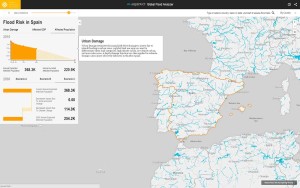 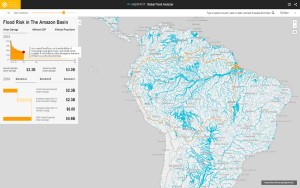 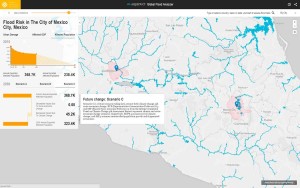 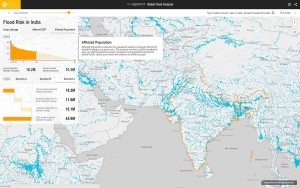 Although there is no direct association, most of the scientific community believes that climate change is behind extreme weather events, including floods, aggravating them and altering their frequency of occurrence. Considering that millions of people live in areas near rivers because these zones are fertile and easy to urbanize, the development of tools such as Aqueduct Global Flood Analyzer is useful, especially in those countries where there is no mapping of flood. This web application provides guidance in relation to the estimate of damage that can cause these events, covering economic and social aspects and introducing the variables of climate change and population growth as distorting factors. However, it can’t be considered as an utility available to all types of public, since it handles some technical terms such as return periods. In this regard, perhaps can be interesting to have a prior understanding to extract the maximum usefulness from the tool, since the explanations included in the application may be scarce.

Previous Post
Prediction of atmospheric pollution in Spain
Next Post
Map of Life, the biodiversity in your hand