How to tell the climate change with Climate Under Pressure

Climate Under Pressure, an interactive web documentary offering points to ponder on simple ways to act and fight against global warming

Climate Under Pressure can be considered as a web application that aims how to tell the climate change interactively, being an initiative endorsed by the COP21.

This site allows you to control the destiny of six characters along 6 different stories spread throughout the world. Your mission is to choose the options you consider appropriate to alleviate or minimize the effects that climate change brings on sectors such as agriculture, urban development, economy, energy, health, etc. By way of assistance or help, the stories include additional information in video or photography format, articles, etc., provided by globally recognized environmental experts (you can access to this information from this link).

The six stories (each lasts 10 minutes plus bonus content) with which you can interact are as follows: 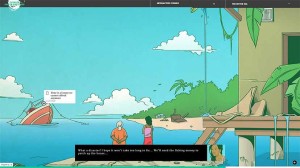 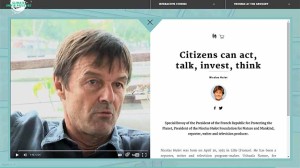 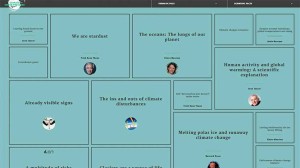 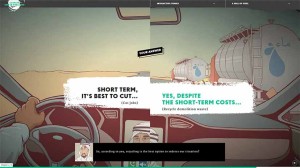 “We have failed to tell the climate change, the most urgent problem before us.” This statement, made to the newspaper El Mundo in June 2015, belongs to Alan Rusbridger, former editor of The Guardian, one of the media that best addresses environmental issues. Is an assertion made also by other journalists and experts, as the Norwegian psychologist Per Espen Stoknes, who believes that climate change is “probably the largest science communication failure in history“, basically because most messages have traditionally referred to glaciers melting or seas level increasing, doomsday scenarios that are too big to be handled and understood by the people.

Although Climate Under Pressure also builds on some of these phenomena, as in the case of the island where Pai lives, it does so from a different perspective, allowing the users put themselves in character’s shoes who features the different stories, sharing their concerns and helping them choosing the best solution. This Canadian initiative is an example that the explanation of climate change does not have to be complicated or cumbersome.