Stop wasting food and save money with CogZum

Reduce the efforts, spent on grocery shopping and meal planning. Put an end to food spoilage with CogZum assistance

Cogzum, the app that reduces the amount of food wasted in homes, has been updated. Although its purpose, already described in July 2017, remains the same, i. e. the management of food stored in a house, the latest versions have included numerous improvements. One of the main ones is that it is now also available for download in the United States, in addition to the United Kingdom, Ireland and Bulgaria (if you use any of the available languages, you can download it by changing store).

Ivo Dimitrov, the creator of the app, justifies this decision on the basis of the food waste statistics, which show that food waste in America is a 10% higher than in the European Union. Therefore, tools such as Cogzum can be highly effective.

This section describes the new functionalities of Cogzum. However, there is also a short review of the app’s operation. 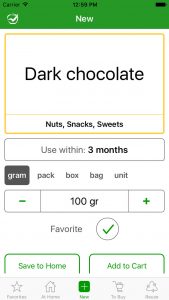 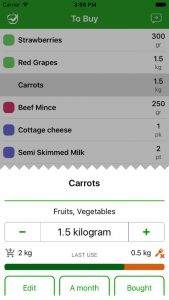 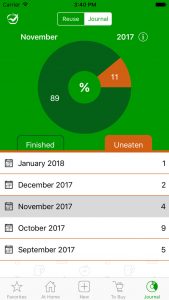 Images: screenshots and video provided by CogZum on January 2018. ©CogZum

Food waste is a serious problem affecting developed and developing countries alike. In fact, its reduction is part of the Sustainable Development Goals (Target 12.3) established by the United Nations in the framework of Agenda 2030 for Sustainable Development. Food waste is not just unethical or irresponsible behaviour. It also involves a huge economic cost estimated between 780 billion and 1 trillion dollars a year, according to an article published in HuffPost News. Similarly, the consequences of food waste are reflected in other areas such as water consumption, methane generation or the impact on biodiversity.

For these reasons, applications like Cogzum are really useful. To the virtues already highlighted in the first review (easiness of handling or notification system), new improvements are added, such as a better description of the products or the inclusion of new units of measure, which facilitate the management of the food inventoried items. It should also be noted that many of these new features are the result of requests made by different users through Facebook, where Cogzum has a dynamic community of followers. New features, such as synchronization between different devices or the creation of own categories, that are sure to receive attention in future updates, are still pending.

Previous Post
BreezoMeter, how is air quality now and where you are?
Next Post
After Ice, denouncing the global warming and its effects via selfie