Bird identification by their birdsong with Chirpomatic

Chirpomatic is the great new way to identify bird sounds around you. The most up-to-date, cutting-edge advances in machine learning have been used to create the best automatic birdsong identifier yet. This first version is for north-west Europe with a particular focus on on birds of parks, gardens and woodland.

Language: English (can also be downloaded in German at this other link)

Chirpomatic is an innovative British app that allows the bird identification through its birdsong. In fact, in many articles, this application is referred as the “Shazam” of birds, but as says the user referred as Barnardo in iTunes “A ‘Shazam for birds’ won’t exist just by comparing recordings with a database […] because of the infinite variations birds make“.

Its operation is very simple: when you hear the song of a bird, open the application and press the red button that appears on the screen. The app will record 12 seconds of sound, analyse the audio and return as results 3 possible matches with the images of birds, their corresponding birdsong in audio format and a brief description to make the identification of the bird easier.

With the last updates, the interface and identification have improved, also adding a library of reference with different species of birds. In the same way, now you can also record the sound on Apple Watch for a later identification. 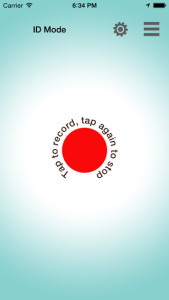 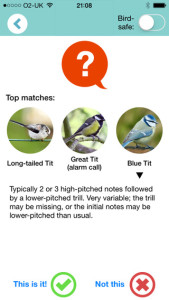 As previously commented, the current version of this app is aimed at identifying birds in the UK and NW of Europe. Field tests of this application have been made in northern Spain (thank you, Elena!). At the beginning was estimated that many species would be common, but later it has been proved that for these latitudes more data are required. Using the application is simple, although occasionally and depending on nearby noises (traffic, for example), the received signal can not be as clear as it would be needed and lead to error. However, it is an application with a remarkable potential to improve and to be enriched through individuals who, being familiar with birds, interact with it.

Cowlines, the urban mobility app that makes you more sustainable