A game to learn how to reduce your carbon footprint

Find and remove all the CO2 in the house

Tu Huella de Carbono (Your Carbon Footprint) is an application created in collaboration with the Comunidad #PorElClima, an Spanish initiative involving different people and entities that promote the transition from commitment to action to tackle climate change. Its goal is reducing your ecological footprint through the game following the advices that will appear on the screen once you defeat the minions who try to drown you.

The dynamics of the game is quite simple (with the attached video you will understand it perfectly):

To finish the game you must face the different missions until you complete the green bar that appears at the top. 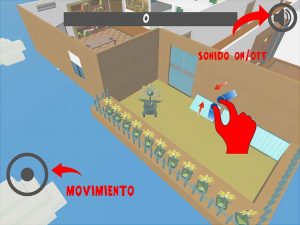 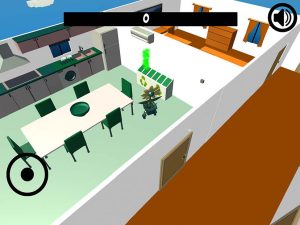 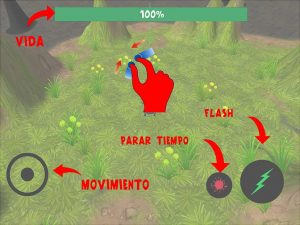 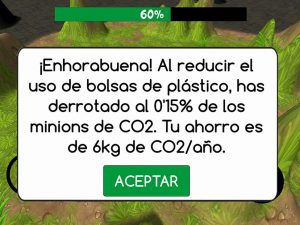 According to a study cited by CityLab in February 2016, the main sources of man‑made greenhouse gas emissions are industry, commercial, transportation, residential and agriculture. From a particular point of view, the last three mentioned sources have a special incidence. Although the more important impact is caused by transportation, all the changes in personal behaviour to reduce the carbon footprint are welcome. And a lot of them are easier to carry out than you think, with little actions, such as adjust correctly the fridge temperature or reduce the use of plastic bags, that you can perform and share with your family.

The application Tu Huella de Carbono makes it possible to know what these everyday actions are. Although it does not exclude any age range, it may be especially attractive to increase awareness among young people about climate change from an individual perspective. The game is enjoyable, well designed and agile, although it may be difficult at first to understand its operation, so it might be interesting to include a small tutorial. Also, it should be noted that the tests have shown that the use of devices with a large screen (iPad vs. an Android mobile) facilitates the gameplay of the application.