What is pollination and what types of pollinators are there? Discover it with this game

Polinizapp is an educational game […] that simulates the pollination process of flowers in nature. The player becomes a pollinating insect that has two objectives: to get life and accumulate points.

Polinizapp is an educational game (from 9 years) to learn the pollination process of plants. Your mission is to control the flight of the different types of pollinators included in the application, which will fly over the flower covered areas to get life through the food provided by pollen and nectar, and points, which become seeds with the collection of the target flowers.

Its use is very simple:

The movement of the insect is controlled by tilting the mobile device. To collect the nectar and pollen, click on each flower you find as you move across the screen. And remember also control the time (you start with 30 seconds). 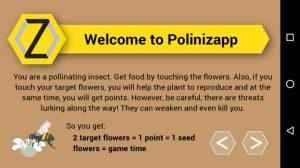 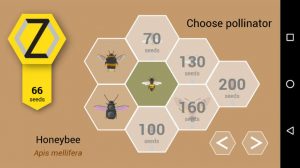 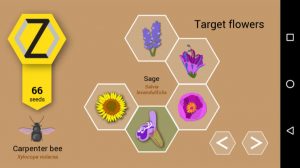 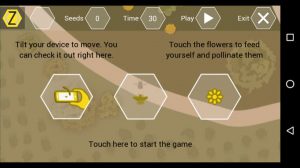 According to the definition given by Wikipedia, pollination «is the process by which pollen is transferred to the female reproductive organs of a plant, thereby enabling fertilization to take place. Like all living organisms, seed plants have a single major purpose: to pass their genetic information on to the next generation. The reproductive unit is the seed, and pollination is an essential step in the production of seeds in all spermatophytes (seed plants)». The role that this process plays in agricultural production is therefore fundamental to the success of crops. One of the best-known pollinators is the bee, a species for which recently has been proven the harmful effect of pesticides.

But this insect is not the only pollinator. This didactic work is in fact one of the strengths of Polinizapp, the app offered by the Royal Botanical Garden that enables you to know the secrets of the pollination of flowers. Other insects able to undertake this task are, for example, the bumblebee, the fly or the hummingbird hawk-moth. Nevertheless, the small description included for each species is only accessible when the necessary points for its unblocking accumulate, an aspect that perhaps would be interesting to modify.

Regard the game itself, occasionally it is a bit arduous to click on the flowers, since they do not always respond to the first touch, subtracting some playability to the application. Likewise, perhaps it would be better to make the flower disappear once the pollen and nectar are collected rather than allowed to wither, since sometimes it is difficult to see which flowers are still available. With regard to threats, the only one that has been identified and avoided to some extent during the execution of the game is the one corresponding to pesticides, represented by a whitish halo that covers different areas of the available scenarios. In general and although the game is quite attractive at first, over time the user may experience some degree of tedium that leads to abandon the application.

Previous Post
Garden Answers, a plant identifier app in your pocket
Next Post
How to know if your clothes are classified as sustainable fashion