Discover new trails to enjoy the autumn with Naturapps

Walking trails on your mobile. […] For each trail, Naturapps offers a guide describing the route and a quality interactive map where you see the route, your GPS position and points of interest with interpretive content.

This application includes dozens of walking routes located in Spain, although most of them are concentrated in the Cantabrian coast, especially in Asturias. However, Naturapps team works to add new routes often.

The application displays an initial menu with three options described below:

Each route includes the following information: 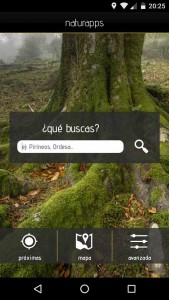 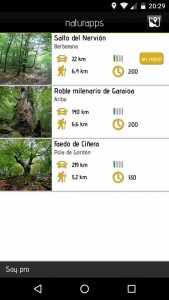 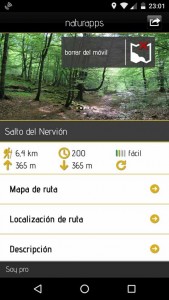 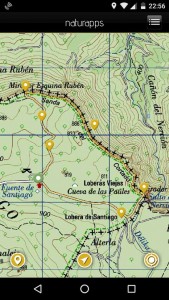 The exploitation of nature for touristic purposes is an activity that can have many benefits for the areas that hold a remarkable natural wealth. It is not only an economic factor, since numerous studies have shown that contact with nature enhances human health, also contributing to “help people control their symptoms (physical illness or mental health disorders) or even recover, alongside conventional medication”. Different researches have also made clear the importance that this relationship with nature means for child development because it helps to increase self-control and to instill discipline.

One of the best ways to interact with the environment is certainly walking, following some of the routes proposed by Naturapps. The app highlights by the quality of the images and the detailed description of the itineraries, maybe a little excessive in some cases considering that read on the screen of a mobile is not particularly comfortable (reflexes, battery life, etc.). In addition, in this case, the application does not allow zoom in on the text, with what people with some visual loss may have trouble reading the descriptions due font size. In some cases, such as in the datasheet for the Salto del Nervion (the highest waterfall of Spain), it would be useful to clarify a little more the information. Mount Santiago, Natural Monument according to regional legislation and Special Protection Area (SPA) according to the Natura 2000 network, is an area that may present difficulties of access during the winter months since it is a mountainous area with heights between the 900-1000 m in which circulation restrictions are common during this time, so you should first consult weather forecasts. Similarly, this area sometimes experiences a weather phenomenon known locally by the name of “bollo” in the course of which it extends a dense fog that reduces visibility to almost zero. The maps are particularly useful, also being interesting the points indicated along these. It would be interesting to incorporate an elevation profile of route that can guide users about the difficulty of the trail or, instead, establish a clear classification of the different levels of difficulty. For other sections of the application, it might be necessary to explain a little better what pricing policies are.

Previous Post
Mundomineral, an app to complement your collection of minerals
Next Post
Ornithopedia, an atlas of European birds on your mobile