Eco Birds is a fun and addictive tap-to-fly game where you play a bird trying to stop evil villains from cutting down trees, polluting the oceans, and destroying the environment by pooing on their heads and replanting trees.

Eco Birds is an entertainment game in which the protagonists are the birds and your mission is to avoid colliding with buildings and obstacles while you accumulate points by eating insects, reforesting forests and pooing over the characters who destroy habitat as revenge.

The gameplay is very simple: you just go hitting repeatedly the screen of your device to allow that the bird drops its particular ammunition. In this way, you also control the bird’s flight through the obstacles on the screen. Don’t forget to feed it with the insects and cherries you will find along the way. Once a day, you can also get extra points with a special challenge in which you must to dispose the waste transporting by the birds in the corresponding recycling container (option “Daily reward” of the home screen).

Although at first it may be a bit complicated, because the game is quite fast, with a little practice you gain in fluency quickly. It’s recommended to play with the application on a device with a large screen (a tablet, for example), selecting one of the bottom corners as a zone to interact with the birds.

The application is free, although the iOS version has in-app purchases such as points packages that allow you to unlock new birds. This version also has a paid version (0.99 €) which avoids the integrated advertising. In the Android version, there is not purchase options, so the included advertising is inevitable. 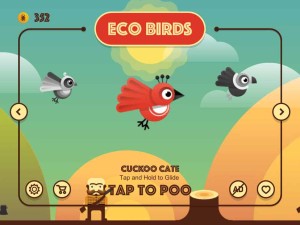 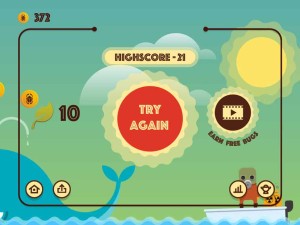 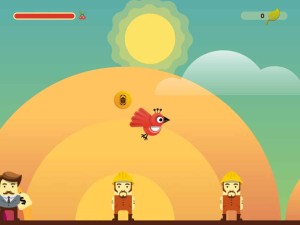 Eco Birds is an addictive application that can’t be considered as an educational or informational environmental app, but that presents an environmental background that can serve as a way to introduce children in habitats protection. However, taking into account that the version of IOS includes in-app purchases, you should not leave children alone with the tablet or mobile. In any case, you can to disconnect the Internet connection, thus achieving also avoid the advertising, which at times can be excessive (some promotional videos last up to 30 seconds). It would be advisable to include some kind of tutorial to explain the dynamics of the game and show how many points are awarded for each action, for example. This tutorial could also include some advices to emphasize the environmental aspect of the application.

Previous Post
Map of Life, the biodiversity in your hand
Next Post
How to tell the climate change with Climate Under Pressure