RedPROMAR is a tool of the Canarian Government for tracking and surveillance of the marine life of the archipelago.

RedPROMAR is an app that, based on citizen science, seeks to involve people to collect data about marine biodiversity of the seabed of the Canary Islands. The aim is to establish a surveillance system that allows record changes that occur in this ecosystem.

The application is simple, distinguishing the following sections: 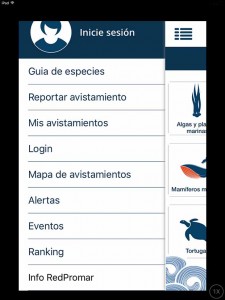 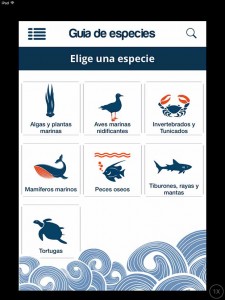 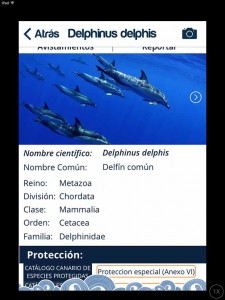 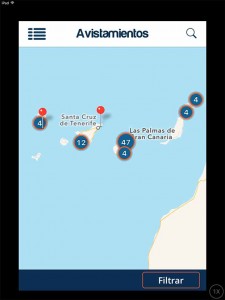 The Canary Islands, like the Azores and Madeira archipelagos, are located in the Macaronesian biogeographical region. Its volcanic nature and the mild climate makes it a territory with numerous endemic species of high natural value, but with a very fragile balance on which small changes have a large impact.

The protection of these ecosystems requires updated information to enable decision-making and the adoption of appropriate policies. In this work, the citizen science can play an important role, so applications such as RedPROMAR are very useful. Although the application fulfills its mission in this regard, during the review it were detected some defects that should be addressed to improve the tool. For example, there have been some operating errors with the Android version 5.0.2. used in the analysis, because the application closed trying to view the map of sightings. Similarly, the English version is not fully translated. It would also be necessary to correct the menu because the option “Start session” or “Login” is duplicated. However, one of the aspect that is necessary to change is the fact that volunteers’ email addresses are visible in the “Ranking” and map sections. This is a kind of personal data protected by the Spanish data protection legislation.