The Southeast Early Detection Network (SEEDN) app brings the power of EDDMapS to your smartphone. Now you can submit invasive species observations directly with your smartphone from the field. These reports are uploaded to EDDMapS and e-mailed directly to local and state verifiers for review

Southeast Early Detection Network (SEEDN) is an application of US (occasionally, observations of Central American countries are also recorded) that tries to curb the spread of invasive species in the southeast of the country through citizen science. This application is part of a much more ambitious project, EDDMapS, launched by the Center for Invasive Species and Ecosystem Health of the University of Georgia in 2005 and that has turned in the main reference for reporting the presence of invasive species. Its main goals are to serve as a system of early detection and response and generate a distribution map of the different species. As Wallace and Bargeron mention in the book “Invasive Species and Global Climate Change“, in March 2013 EDDMapS had more than 12 000 users, of which about 2000 they had reported the presence of invasives. The project, in addition to the app SEEDN, has numerous territorial scope applications with specific lists and educational resources that facilitate the identification of species.

In the case of SEEDN (although this application has been chosen as example, it is worth mentioning that the other tools have similar features and design), at the time of writing this article site statistics reflect more than 350 000 points with the presence of invasive species registered.

The application, which requires a user account as long as you want to send the data collected to EDDMapS (the application operates also as a reference tool without completing this requirement) has the following utilities: 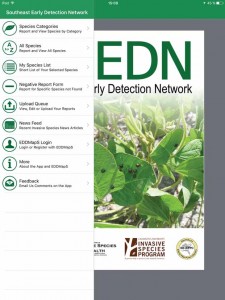 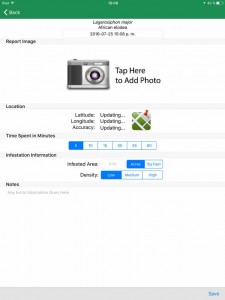 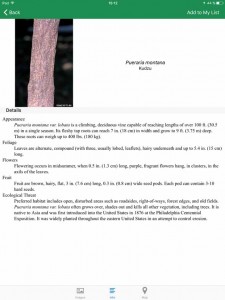 As the own web of the Center for Invasive Species and Ecosystem Health mentions, these non native organism “can cause harm to the environment, human health or economic interests”. In fact and only in the US, the presence of invasive species causes losses for $40 billion/year in forests and crops, as a study of Proceedings of the National Academy of Sciences of the United States of America (PNAS) publishes, a figure that reduces to €12 billion per year in the case of Europe, according to a European Parliament’s briefing.

Considering the many problems and losses that invasives cause (this curious image of the photojournalists Melissa Farlow and Randy Olson serves as example), it is essential to have update information about the spread of these species, work in which citizen science is an advantage because is able to cover large areas of territory for long periods of time. The use of applications such as SEEDN facilitates this registration, allowing for example, receiving alerts (recently a warning about the spread of Callery pear has been launched in the Great Lakes region) or use it without having knowledge of GIS or internet connection. The sending of an automatic email for verification of the observation is also an aspect in favor. As negative point, highlights that during tests has been verified that the introduction of the name via search or sort of textual form was not working properly.