How many stars are you able to see?

The Loss of the Night app turns your eyes into a light meter, allowing you to become a citizen scientist and report how bright the night sky is where you live

Loss of the night is an application of citizen science that seeks to measure light pollution of the environment through the identification of a number of stars. As they explain in the blog of the project, the goal is to track the sky brightness in urban areas throughout the decades. It is a tool awarded in the first round of the challenge MYGEOSS 2015, whose winners were known on March 2015 (the winners of the second round were detailed in Greenapps&web – Spanish), being also included among the initiatives of light pollution included in the European project Starts4All.

The application works as follows: 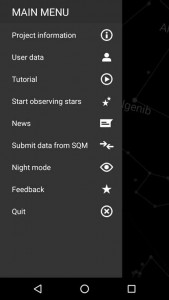 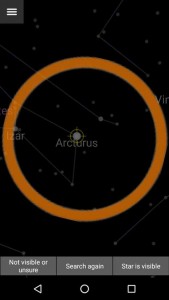 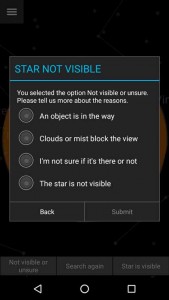 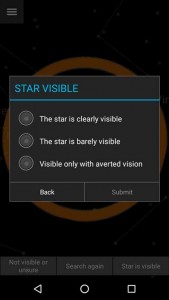 Light pollution is an unknown environmental problem for much of society. The emission of excessive artificial light, especially in urban areas, is related to alterations in circadian rhythms and the production of melatonin, the hormone that, among other things regulates the cycle of sleep and wakefulness. It also causes a clear impact on other living beings such as marine animals, although their exact effects are unknown, and the terrestrial wildlife, altering their habits. One of the latest discoveries even links this type of pollution with an earlier budburst of some tree species.

Loss of the night tries to deepen the knowledge about the impact that causes this type of pollution through citizen science, allowing application users to immerse themselves in the search for different stars, increasing also their knowledge on astronomy. It is particularly interesting to check the map that collects the different measurements (data from other similar projects are also dumped in this map ), being able to see the areas in which is easier to see the stars (very useful for amateur astronomers, astrophotography or other activities related with stargazing) or make comparisons with their own measurements (it would be appropriate to include some kind of explanation that would allow a correct interpretation of the data).

Previous Post
Catch butterflies with your mobile and provide information to science
Next Post
SEEDN, controlling the spread of invasive species