Natura 2000 network, closer than you think

Runs offline: partially (connection necessary for the consultation of the different spaces)

Website of the developer: Intrasoft International for the European Commission Joint Research Centre

The MyNatura2000 application, available for both Android and iOS devices, allows you to query information about the different natural enclaves included in this European network. These sites are divided into Sites of Community Importance (SCI), designated according to the Habitats Directive and which, once officially declared, are called Special Areas of Conservation (SAC); and Special Protection Areas (SPA), areas that stand out for the species of birds that inhabit in them and are subject to special conservation under the Birds Directive (there are natural spaces that share both figures).

Although the consultation of the information on the different spaces is free, if you want to send images or opinions you must register as a user through the portal of the European EU Login. Your images and impressions could be published on the website of the European Commission dedicated to the Natura 2000 network sites (the application does not detail exactly in which section).

The application has the following options:

In the upper right there is also a drop-down menu that gives access to legal aspects related to data protection, personal information that is collected, acknowledgement, etc. 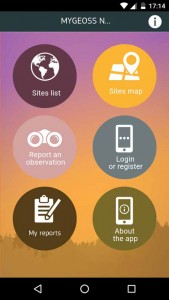 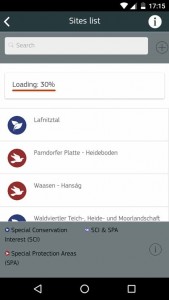 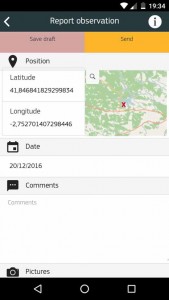 Approximately 18 % of Europe’s land area and 6 % of marine areas are classified as a Natura 2000 area, which means that roughly 65 % of European citizens live within 5 km of a site and 98 %, within a radius of 20 km (Beresford et al, 2016). However, these spaces, which are home to remarkable representations of some of the continent’s most prominent species, are unknown to 73% of the population according to the summary of Eurobarometer Attitudes of Europeans Towards Biodiversity published in October 2015.

MyNatura2000 tries to curb this lack of information. Although for the moment the interaction achieved is practically null, the options of sending images and comments can be useful in order to publicize these spaces, although it would be necessary to know in which section of the website of the European Commission these contents are shared in order to promote the exchange of information between different users. One aspect that would need to be incorporated for future versions would be the full functionality of the app offline, since internet access in some of these protected areas is difficult or non-existent. Similarly, the sheets of the different sites should incorporate a description of the place without having to direct the user to other web pages, including at least an explanation of why that space is considered as SCI/SAC or SPA.

Previous Post
iRain, contribute to the science by reporting local rainfalls
Next Post
Birds Check, how many birds are you able to identify?