Play with Wild Warriors to save the most endangered animals

Play to save your favorite endangered animals in real-life! Travel the world, battle mythical monsters, evolve your team and raise money for wildlife conservation

Runs offline: partially (to consult the information of some species, an Internet connection is necessary)

Wild Warriors is an application that, through the game, tries to contribute to save some of the most endangered animals on Earth and species at risk of extinction.

The goal is to defeat the monsters that have invaded the Earth (they represent threats such as poaching, habitat loss, pollution, etc.) and have sequestered a number of endangered species. Only the parrots have managed to escape, and now are responsible for the release of the rest of their companions.

The development of the game bears a certain resemblance to the popular application of Candy Crush, since the user must group three or more equal elements to launch an attack against the monsters that have captured the animals in danger of extinction. To unlock the different game levels, you have to fulfill the required missions on each screen (shown in the upper left) within the maximum allowed number of moves. At the end of each level, a new animal in danger is rescued. This new member can be later added to the team commanded by the parrots.

Users also have the option to buy diamonds by clicking on the respective icon. The 10% of the money that is collected through these in-app purchases is destined to the financing of real campaigns of animal protection, being the own players who decide the destiny of the money. In this task collaborate four organizations which look after animals in danger: Defenders of Wildlife, World Parrot Trust, Sea Turtle Conservancy and African Wildlife Foundation. 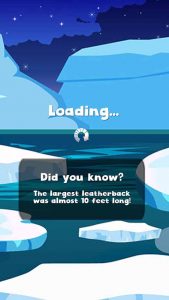 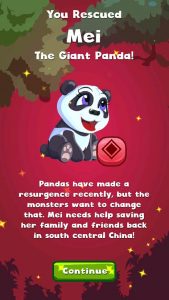 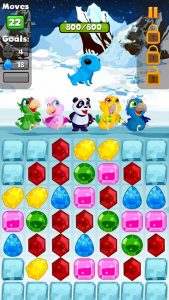 Game for a good cause with ‘Wild Warriors’ app

Habitats loss or illegal hunting are leading to the extinction of several animal species. In Africa, for example, poaching meant a 96% reduction in the African rhinoceros population between 1970 and 1995, as the NGO Save the Rhino publishes on its website. Other species, such as the Bornean Orangutan, have been declared by the IUCN Red List of Threatened Species as «critically endangered» due to the destruction of their natural habitats as a result of deforestation. In addition, not only suffer the threatened animals. It is estimated that each year about 100 rangers die during the development of their surveillance activities, often as a result of skirmishes with poachers.

Taking this situation into account, the awareness campaigns carried out by the dozens of organizations that try to ensure the protection of animals are fundamental. However, many of these NGOs face economic problems that prevent them from developing their activity. For this reason, Wild Warriors tries to do its bit by allocating part of their income to conservation groups with which it has been associated.

Focusing the analysis on the app itself, it’s worth mentioning that it is quite addictive, highlighting also the design and agility. Although the load of the different screens is sometimes a bit slow, this circumstance is used to offer the user curious data about the wild animals included in the app. Thus, for example, it can be discovered that polar bears are able to swim up to 10 days in a row or that the tiger saliva has antiseptic properties.

Previous Post
How to raise awareness about litter pollution?
Next Post
Create time lapses of the four seasons and observe how nature changes